In its first big abortion ruling of the Trump era, the United States Supreme Court on Monday struck down a Louisiana law regulating abortion clinics, reasserting a commitment to abortion rights over fierce opposition from dissenting conservative justices.

Chief Justice John Roberts joined with his four more liberal colleagues in ruling that a Lousiana law that imposes restrictions on doctors who perform abortions violates a right the court first announced in the landmark Roe v Wade decision in 1973.

In two previous abortion cases, Roberts had favoured more restrictions on the procedure.

“The result in this case is controlled by our decision four years ago invalidating a nearly identical Texas law,” Roberts wrote, although he did not join the opinion written by Justice Stephen Breyer for the other liberals.

While this one restriction was defeated, for far too many people access to abortion still remains a right on paper only — and people of color and people with low incomes will continue to carry the heaviest burdens because of racist and discriminatory barriers to care.

In his dissent, Justice Clarence Thomas wrote, “Today a majority of the Court perpetuates its ill-founded abortion jurisprudence by enjoining a perfectly legitimate state law and doing so without jurisdiction.”

President Donald Trump’s two appointees, Justices Neil Gorsuch and Brett Kavanaugh, were in dissent, along with Justice Samuel Alito. The presence of the new justices is what fueled hopes among abortion opponents, and fears on the other side, that the Supreme Court would be more likely to uphold restrictions.

The Republican-backed Louisiana law included a requirement that doctors who perform abortions have a difficult-to-obtain arrangement called “admitting privileges” at a hospital within 48km (30 miles) of the abortion clinic.

Marjorie Dannenfelser, president of the anti-abortion Susan B. Anthony List, said it “demonstrates once again the failure of the Supreme Court to allow the American people to protect the well-being of women from the tentacles of a brutal and profit-seeking abortion industry”.

Roberts’ flip flop made this possible. Here is our response: https://t.co/F0L2tC5sRp

And while praising the decision, supporters of abortion rights cautioned against complacency going forward.

Nancy Northup, president and CEO of the Center for Reproductive Rights, said Monday’s decision by no means ends the struggle over abortion rights in legislatures and the courts.

“We’re relieved that the Louisiana law has been blocked today but we’re concerned about tomorrow,” Northrup said. “With this win, the clinics in Louisiana can stay open to serve the one million women of reproductive age in the state. But the Court’s decision could embolden states to pass even more restrictive laws when clarity is needed if abortion rights are to be protected.”

The Louisiana law is virtually identical to one in Texas that the court struck down in 2016, when conservative Justice Anthony Kennedy joined the four liberal justices to defend abortion rights, but Kennedy retired in 2018 and Republican President Donald Trump replaced him with conservative Justice Brett Kavanaugh, moving the court further to the right. 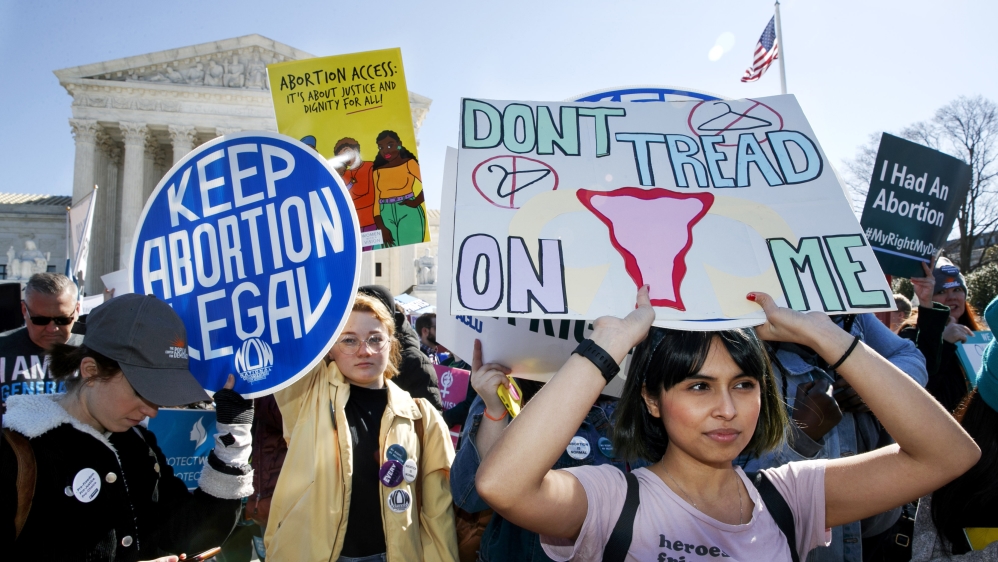 The court reviewed a September 2018 ruling by the New Orleans-based Fifth US Circuit Court of Appeals that upheld the Louisiana law. The Supreme Court in February on a five-four vote prevented the law from going into effect while litigation over its legality continued.

Since Kavanaugh joined the court last October, it has sent mixed signals on abortion. The court in June declined to hear a bid by Alabama to revive a Republican-enacted law that would have effectively banned abortions after 15 weeks of pregnancy.

In May, it refused to consider reinstating Indiana’s ban on abortions performed because of fetal disability or the sex or race of the fetus while upholding the state’s requirement that fetal remains be buried or cremated after an abortion.

dagold - 6 July 2020 0
IntroductionOne of the few indigenous oil and gas firms positioned in 2009 to benefit from the Nigerian Oil and Gas Industry Content Act...

How Do You Know When To Hire Your First Or Next...

Microsoft will let you demo over 75 upcoming Xbox One games...