A galaxy of global superstars, led by comedian Ricky Gervais, pop star Mýa, actors Dame Judi Dench, Olivia Newton John, and Tzi Ma, as well as world renowned conservationist Dr. Jane Goodall, have all come together to record an impassioned video calling for a reset of humanity’s relationship with nature in the wake of the COVID-19 crisis and its zoonotic origins. 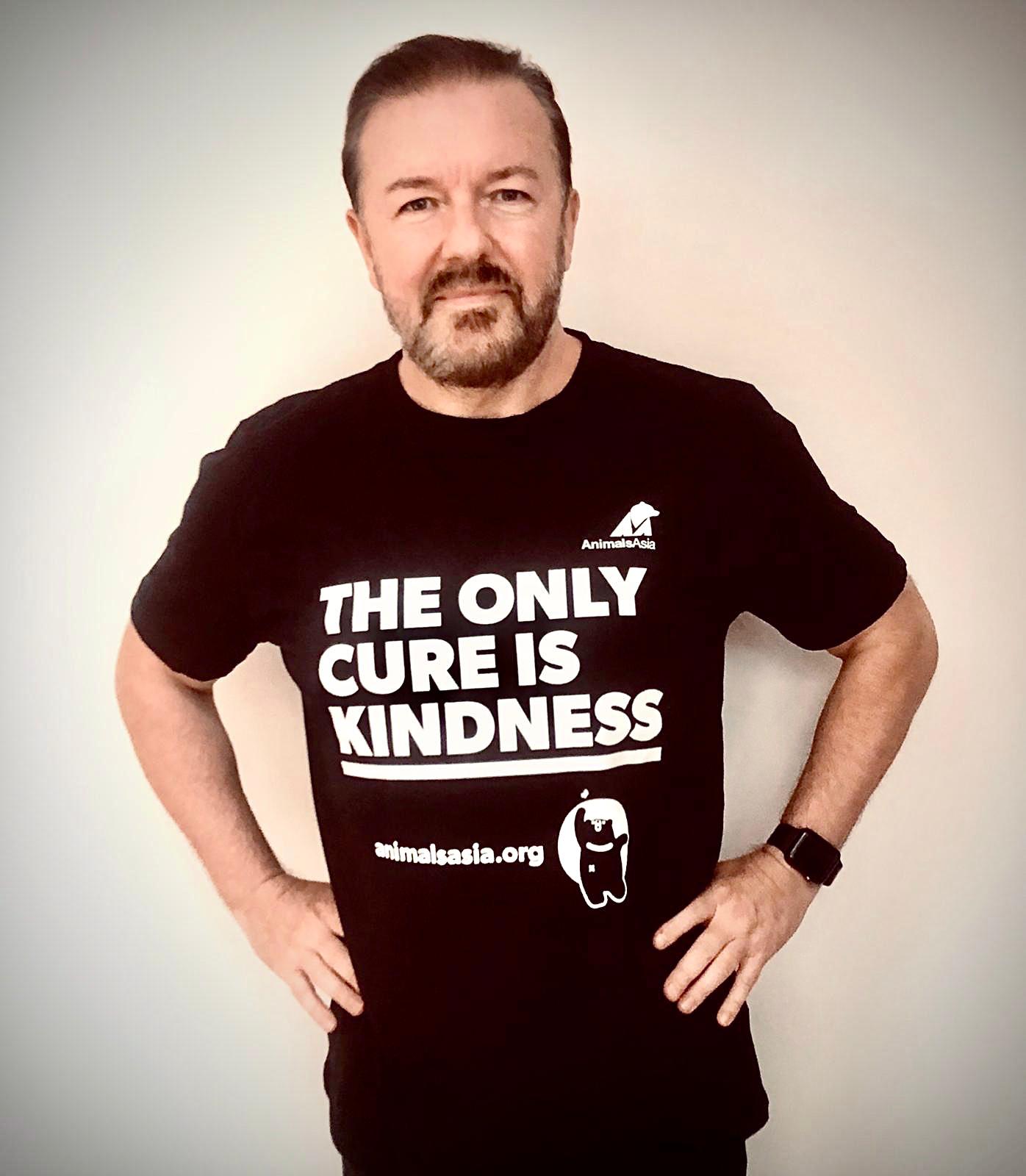 Actor Joaquin Phoenix, who doesn’t appear in the video, is also spreading the message, appearing on social media wearing a t-shirt bearing the “The Only Cure is Kindness” message.

”I’ve been a huge admirer of Joaquin Phoenix for over 20 years – not only as a brilliant actor but as someone who has long made ‘kindness in action’ one of the prime focuses of his life. His powerful narration and involvement in Earthlings was something that turned me, like so many people across the world, into someone celebrating a plant-based diet,” Jill Robinson Founder & CEO of Animals Asia told WAN. “The whole Animals Asia team is beyond thrilled to see this kind and influential icon involved in our Kindness campaign that will not only help our beautiful rescued bear cubs in Vietnam, but will also help to shine the spotlight on why the only cure is kindness.” 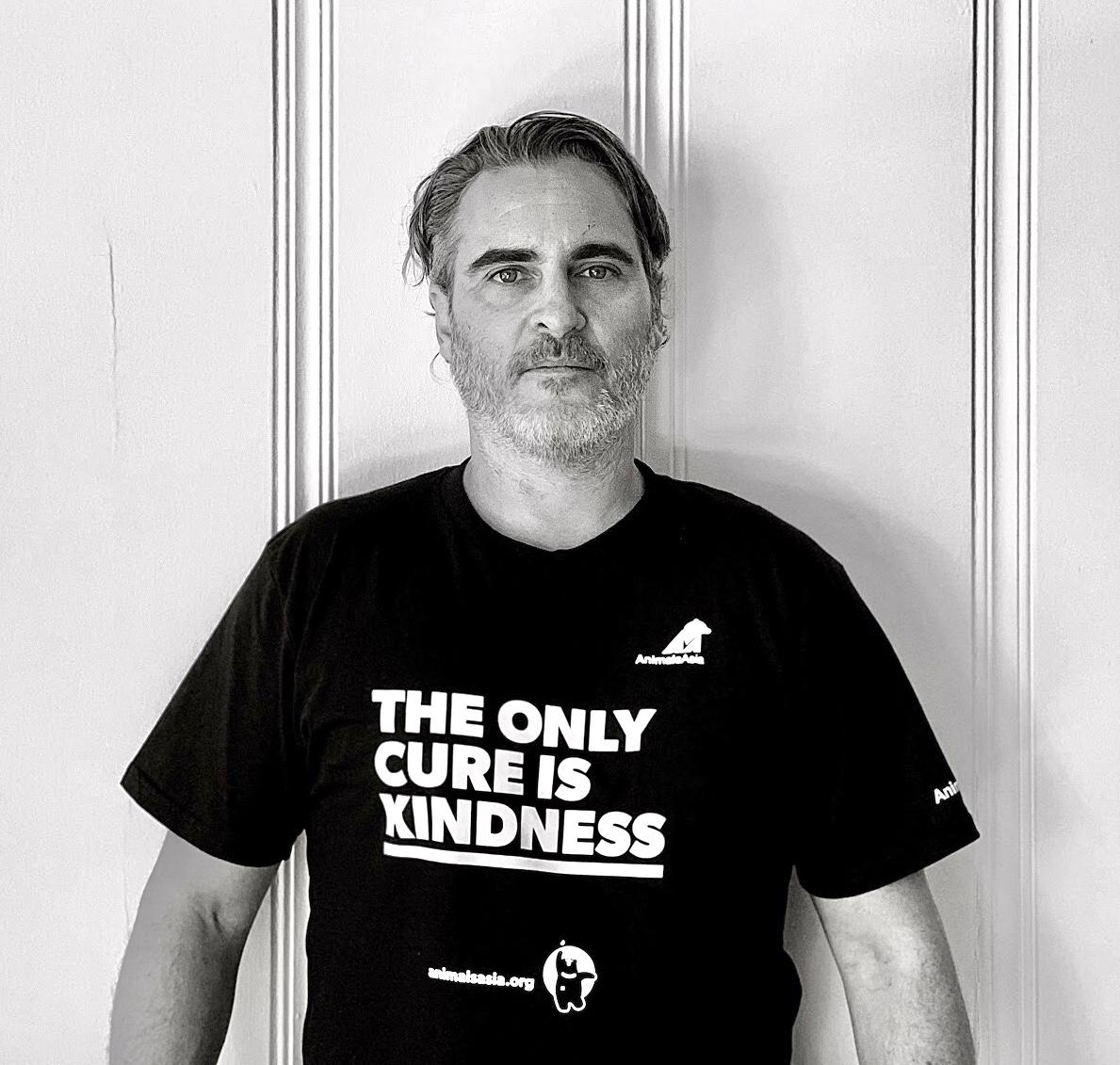 In mid-July, as the celebrities recorded their video messages, Animals Asia rescued two three-month-old moon bear cubs that had been illegally trapped and listed for sale on the black market. Animals Asia is thankfully now taking care of them at their sanctuary in Tam Dao, Vietnam. 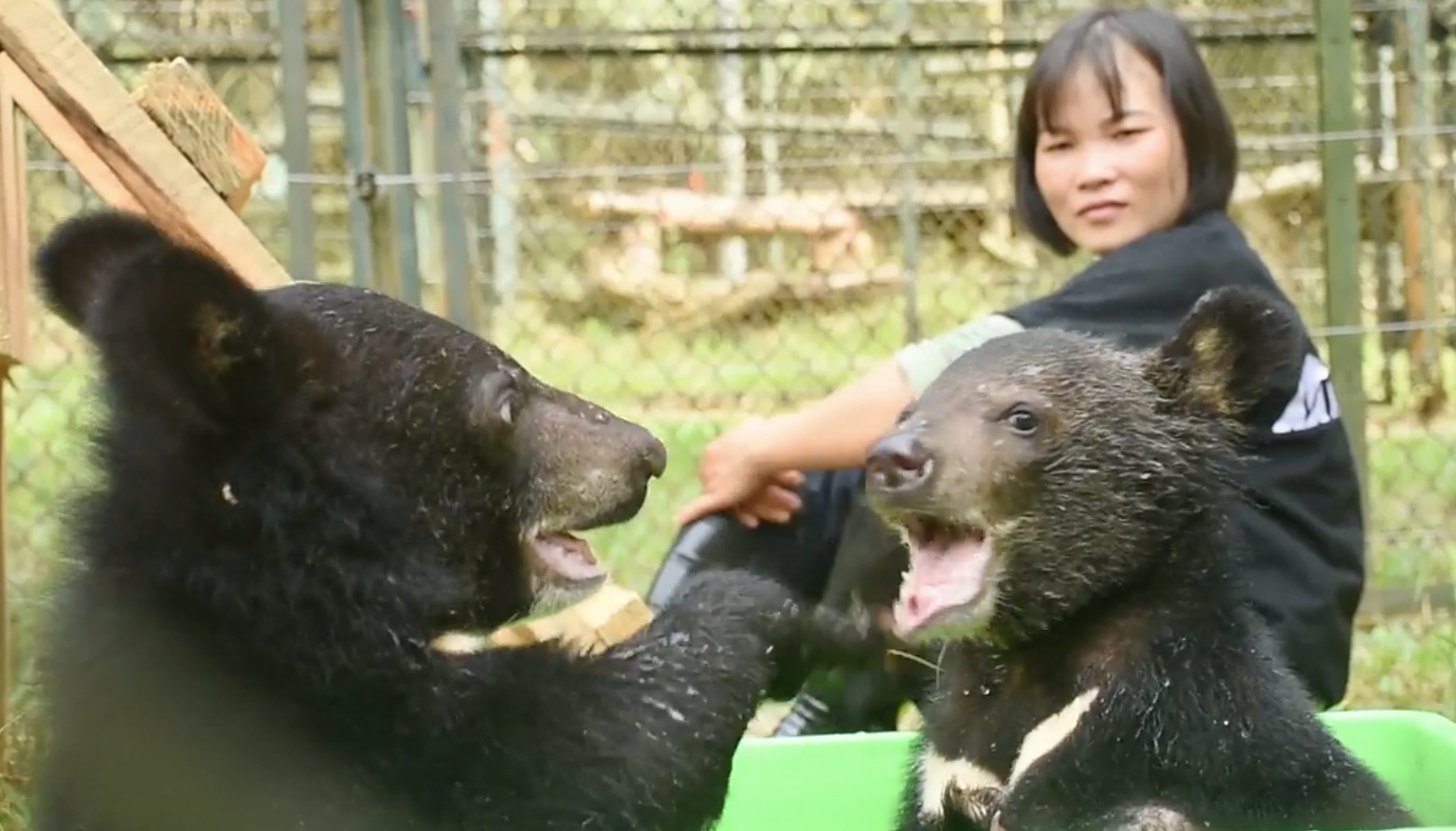 “If this crisis has taught us anything, it’s the power of leaving nature alone – and that ‘The Only Cure is Kindness,’” said British comedian Ricky Gervais in a statement sent to WAN. “We’ve got so much to learn from animals and nature – and there is so much we can do to help. Animals Asia is actively harnessing that kindness to end bear-bile farming by rescuing bears, rehabilitating them, and giving them the care they need. Let’s be kinder to nature, and kinder and more forgiving to each other too.” 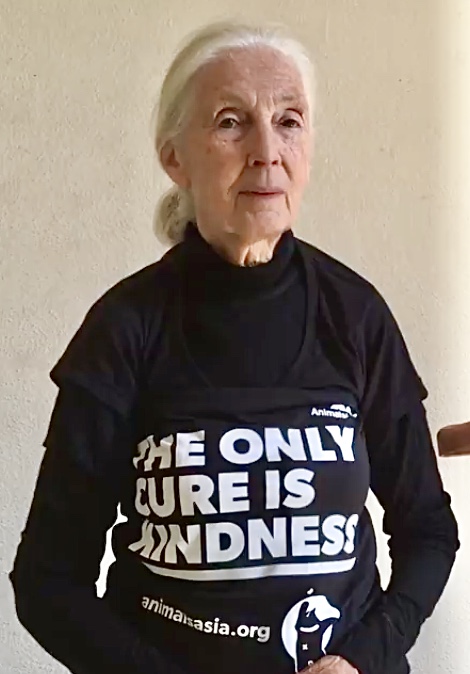 The actors, musicians, and conservationists came together – virtually – to raise awareness to the plight of the Asiatic black bear, or ‘moon bear,’ and the urgent need to end the practice of bear bile farming – where bears are held in tiny cages so that their bile can be extracted for use in ”traditional medicine.” 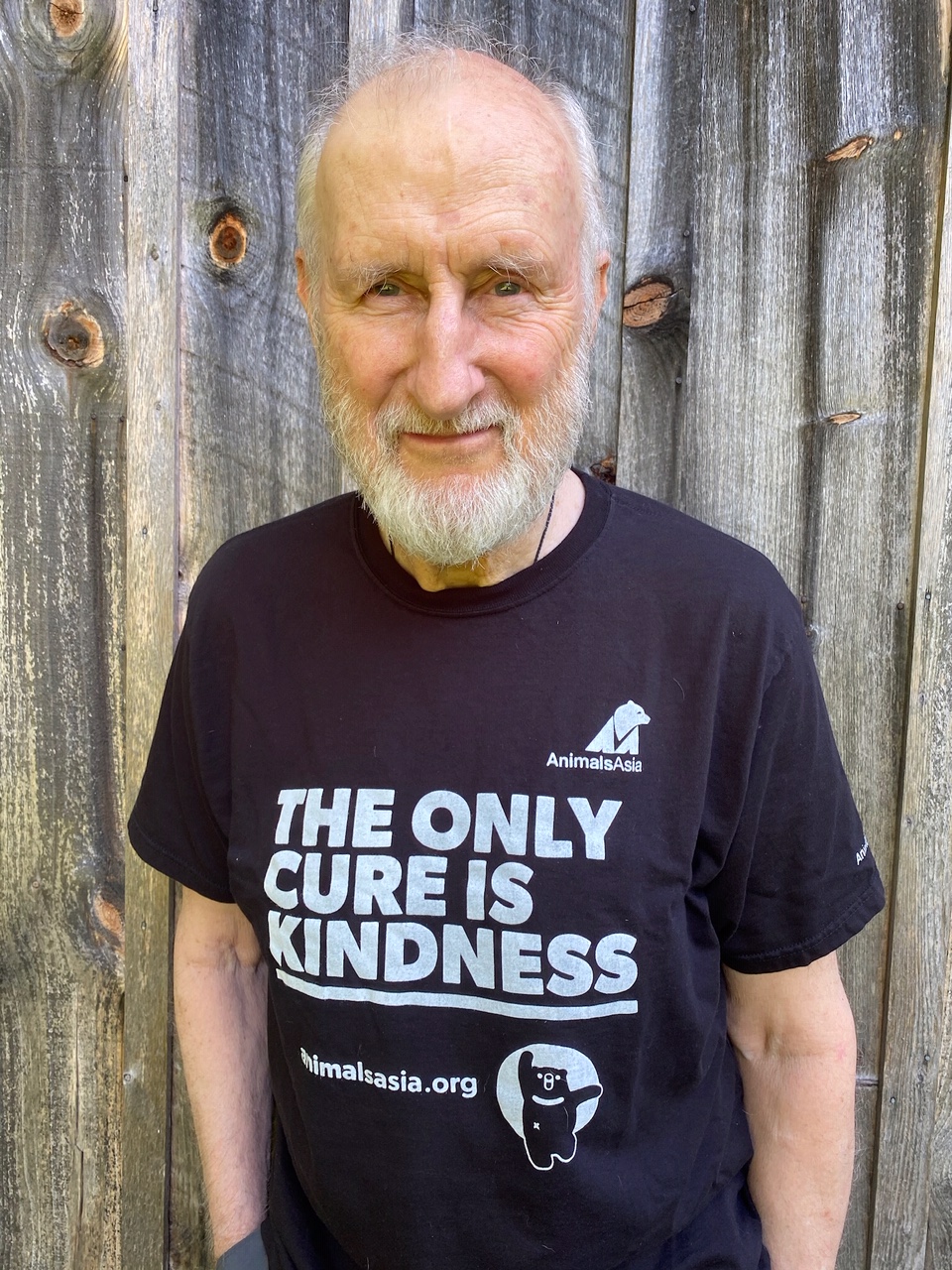 Animals Asia, which created the video to mark Moon Bear Day on August 8th, aims to rescue 500 bears currently in bear bile farms throughout Vietnam by 2022, so they can live out their lives in a sanctuary with world class care. To date, Animals Asia has rescued 634 bears, and has an agreement with Vietnamese authorities to completely end bear bile farming in Vietnam by 2022. 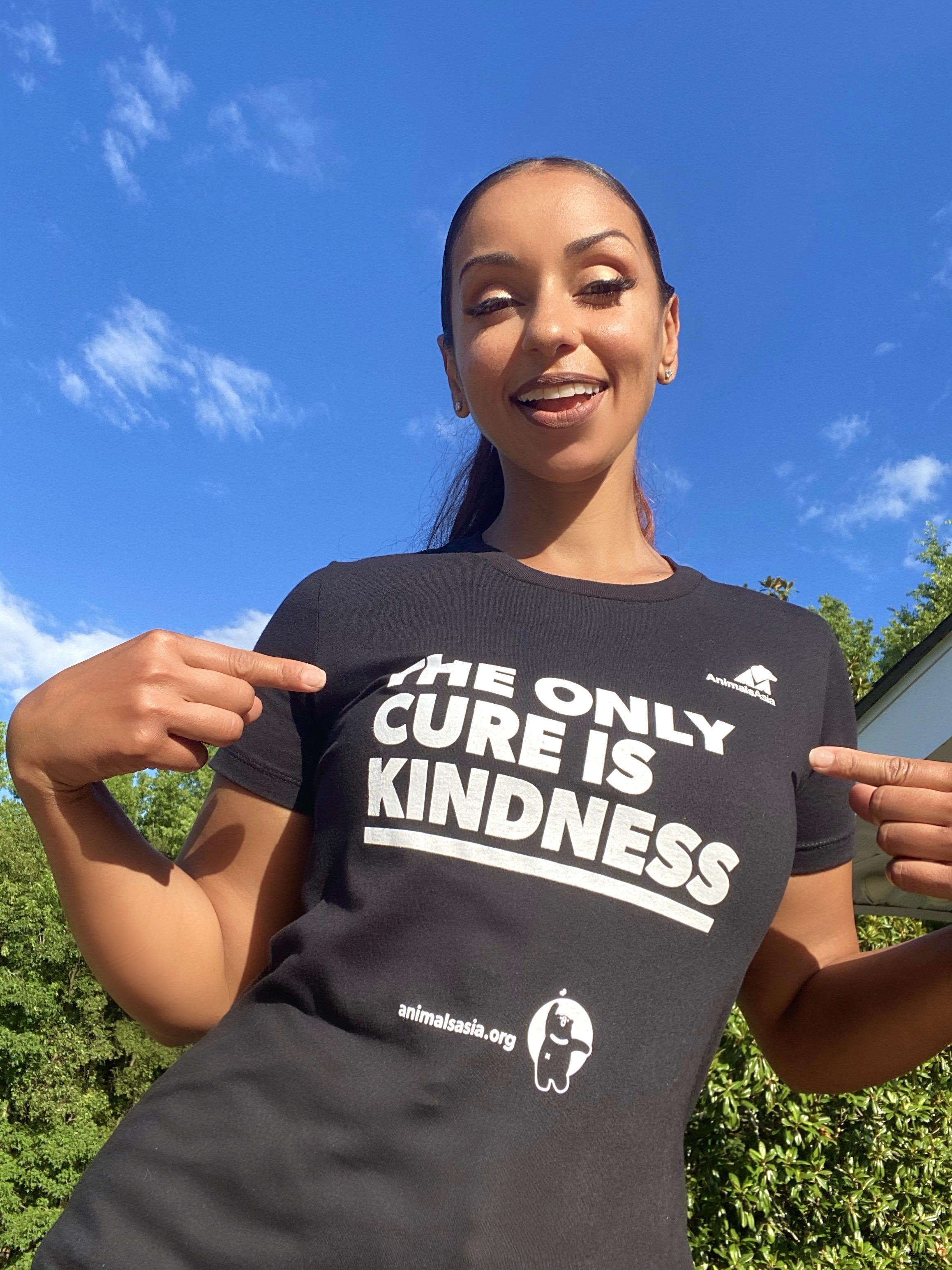 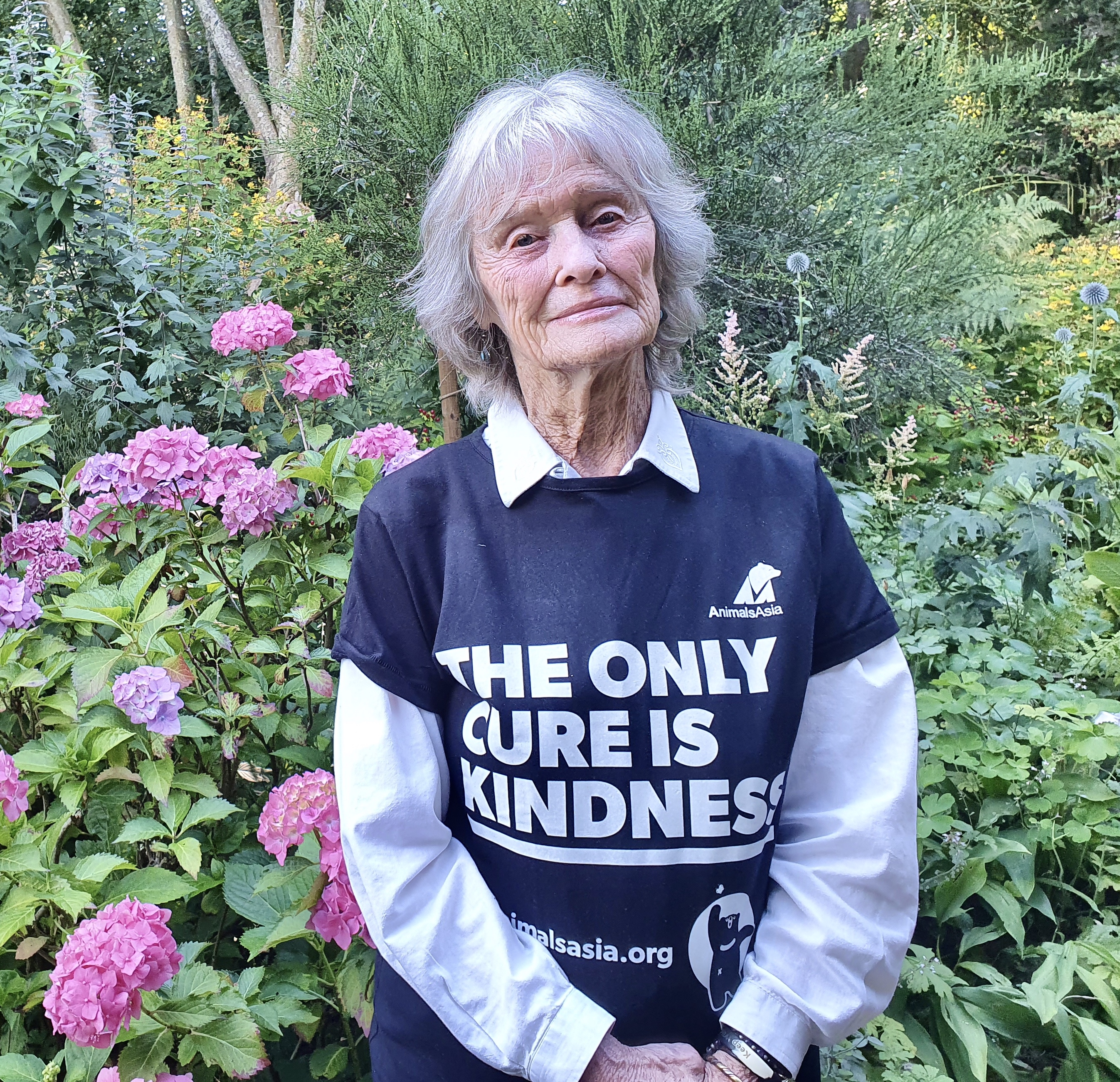 “It’s absolutely amazing, because just as the international stars were recording their video clips, our team in Vietnam got a call saying that two baby bears needed to be rescued,” said Jill Robinson MBE, Founder and CEO of Animals Asia, who also appears in the video. 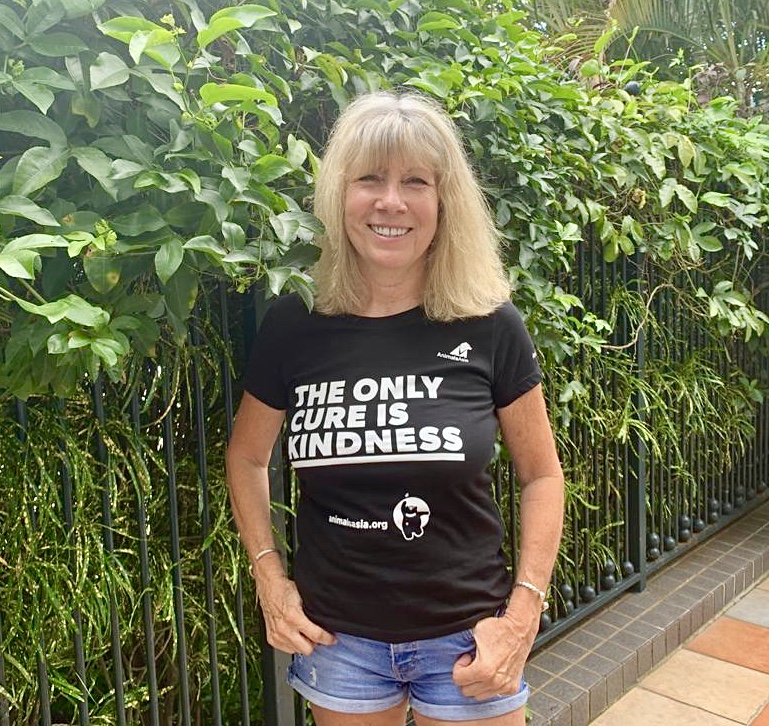 “It’s brilliant to be able to welcome all of these household names into the Animals Asia family. By helping us mark Moon Bear Day and our historic agreement with the Vietnamese Government, these global stars are raising awareness about the suffering caused by the bear bile industry.

“Our supporters have been so generous in supporting our work, but the task ahead is formidable. 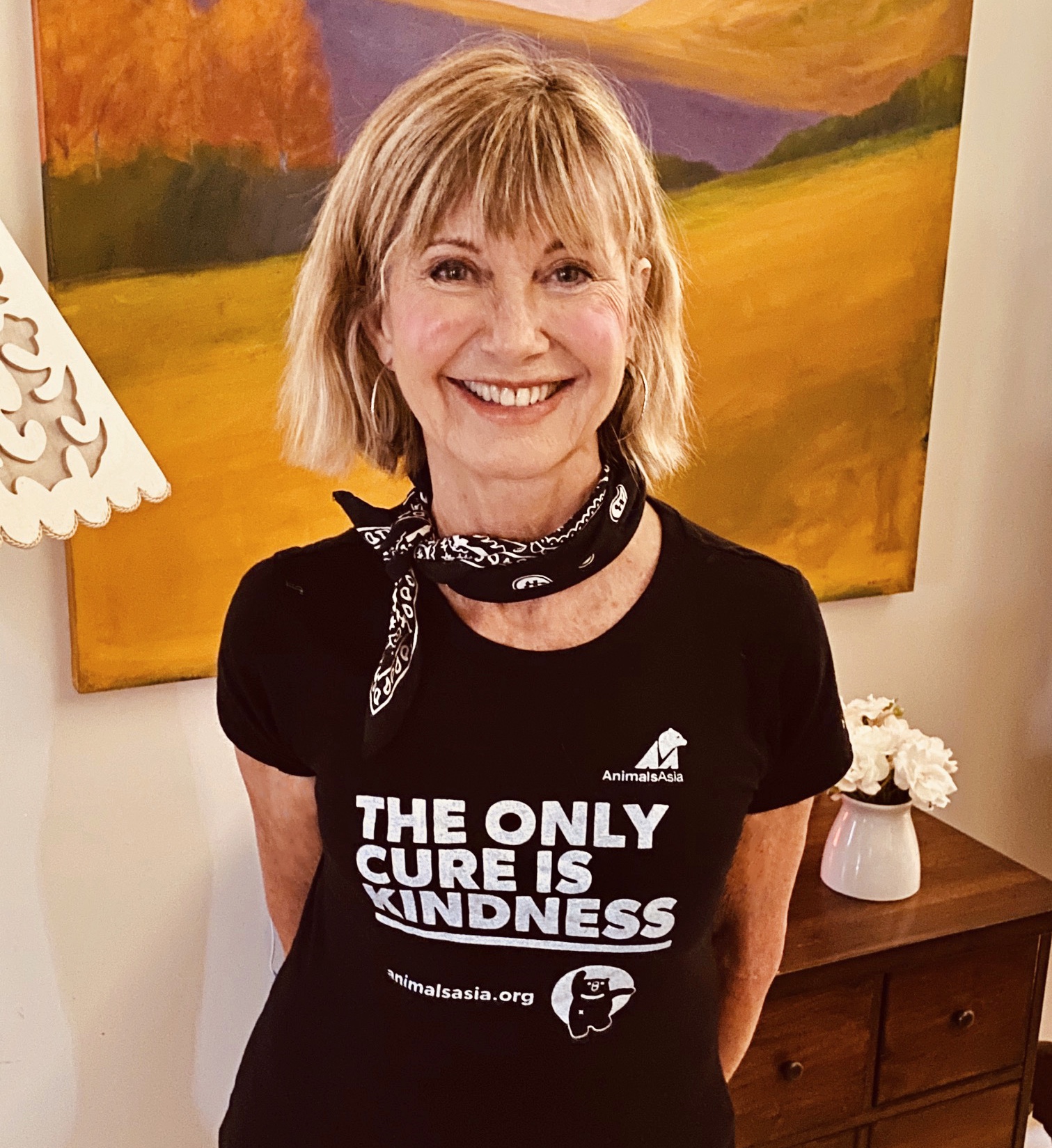 “Animals Asia plans to help rescue up to 500 bears from 142 farms in Vietnam, so they can live out their lives in a sanctuary with world class care. This will take time, effort and resources – by lending their voices, these luminaries are sending a message to each and every one of us that: “The Only Cure is Kindness,” said Robinson. 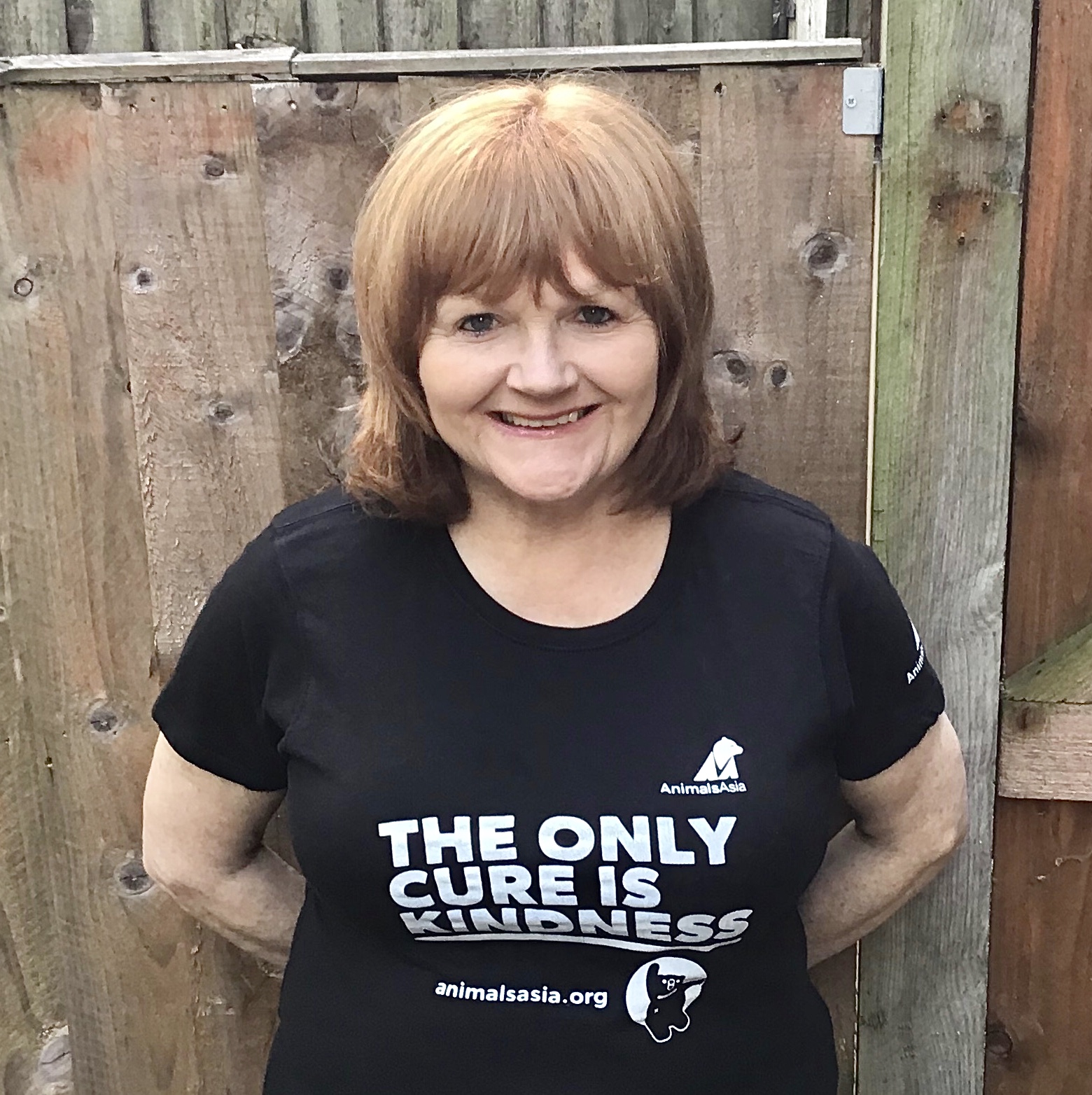 “With the campaign to end bear bile farming in Vietnam close to realization, Jill Robinson and Animals Asia have truly been leading the way, and I hope that their model of kindness in action will be rolled out across Asia,” said famed British ethologist and anthropologist Dr. Jane Goodall, DBE, Founder – Jane Goodall Institute & UN Messenger of Peace. “We’ve all now experienced what it’s like to be cooped up for a few short months and I believe people will now have more empathy for the innocent and intelligent creatures who can be trapped on farms, in horrible conditions, for decades. It’s clear, The Only Cure is Kindness.” 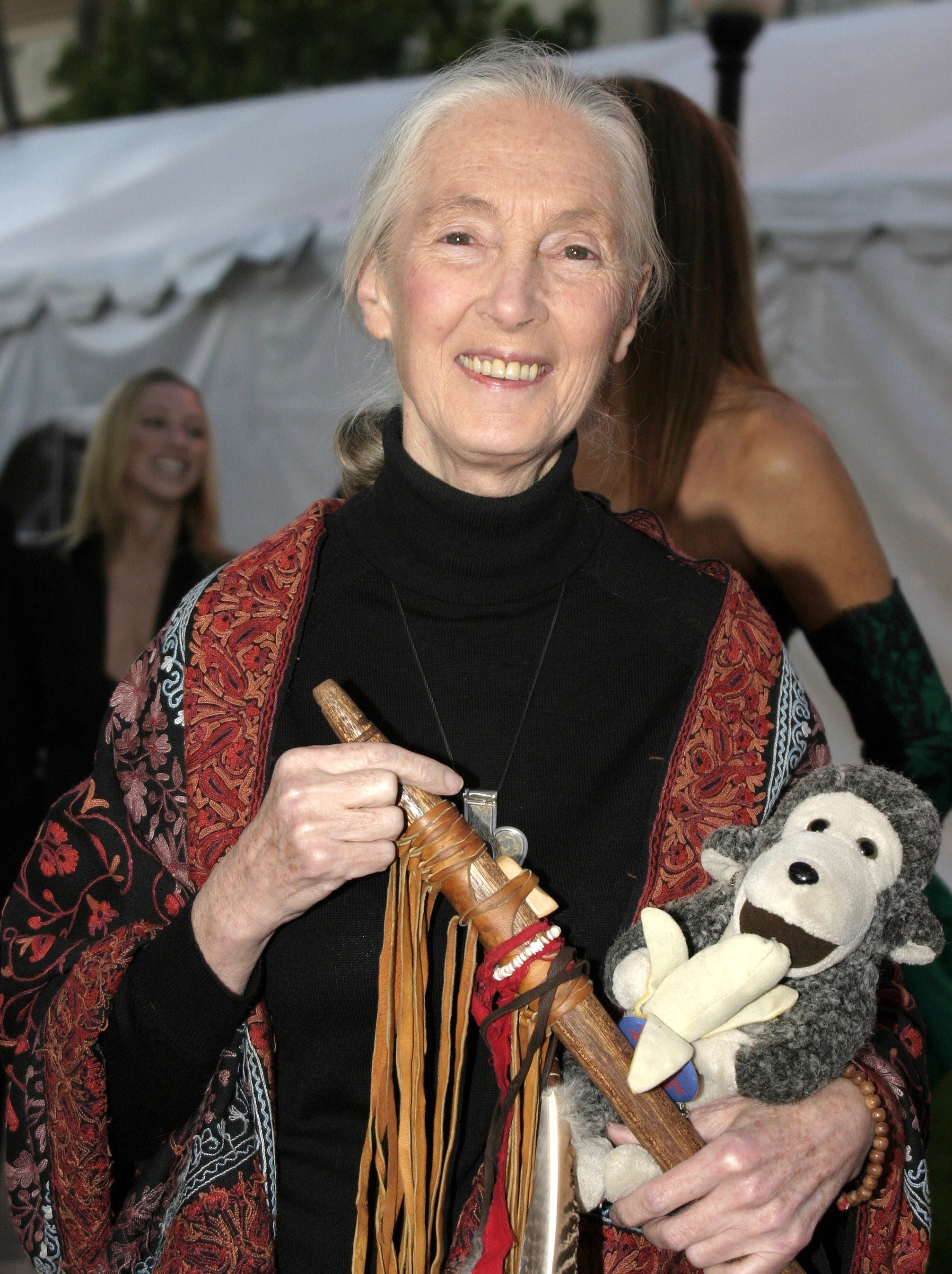 “As a Vietnamese-American, I am proud of how Animals Asia is working closely on a plan with the Vietnamese government to put the bears’ welfare first, in collaboration with the people of Vietnam – the overwhelming majority of whom have nothing to do with bear farming,” said actor, film star, and Animals Asia spokesperson Maggie Q, who adopted a moon bear – named Phoenix – in 2019. 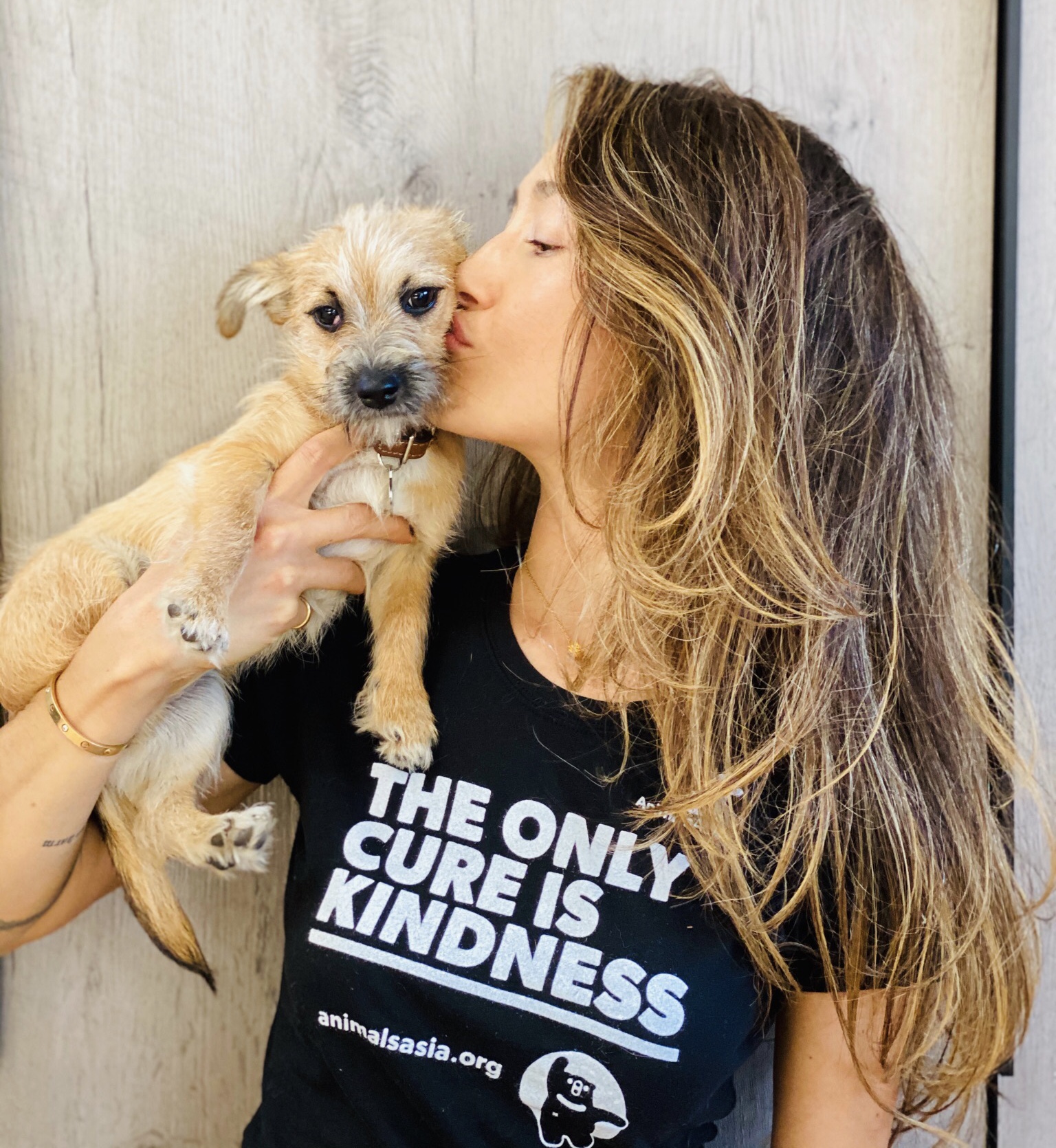 “Thanks to the work of Animals Asia, Vietnam’s traditional medical association has agreed to stop prescribing bear bile.  Animals Asia is also working respectfully with communities throughout Vietnam, including in areas which have been bear farm hotspots. They’re educating kids in a wider community about animal welfare, and training Vietnamese veterinarians and animal welfare specialists,” she continued. “I am proud to support the changes that will help moon bears in Vietnam – my country and my mother’s country.”

The post Joaquin Phoenix & Ricky Gervais Are Among Many Influential Stars Demanding An End To Bear Bile Farming In Animals Asia’s New “The Only Cure Is Kindness” Campaign appeared first on World Animal News.

Countries around the world want a Space Force — but why?

How To Develop The Confidence To Launch A High Ticket Program

dagold - 19 September 2020 0
If you’ve ever launched an online course or coaching program, you know that one of the hardest parts is figuring out a price...

N95 masks could soon be rechargeable instead of disposable – TechCrunch